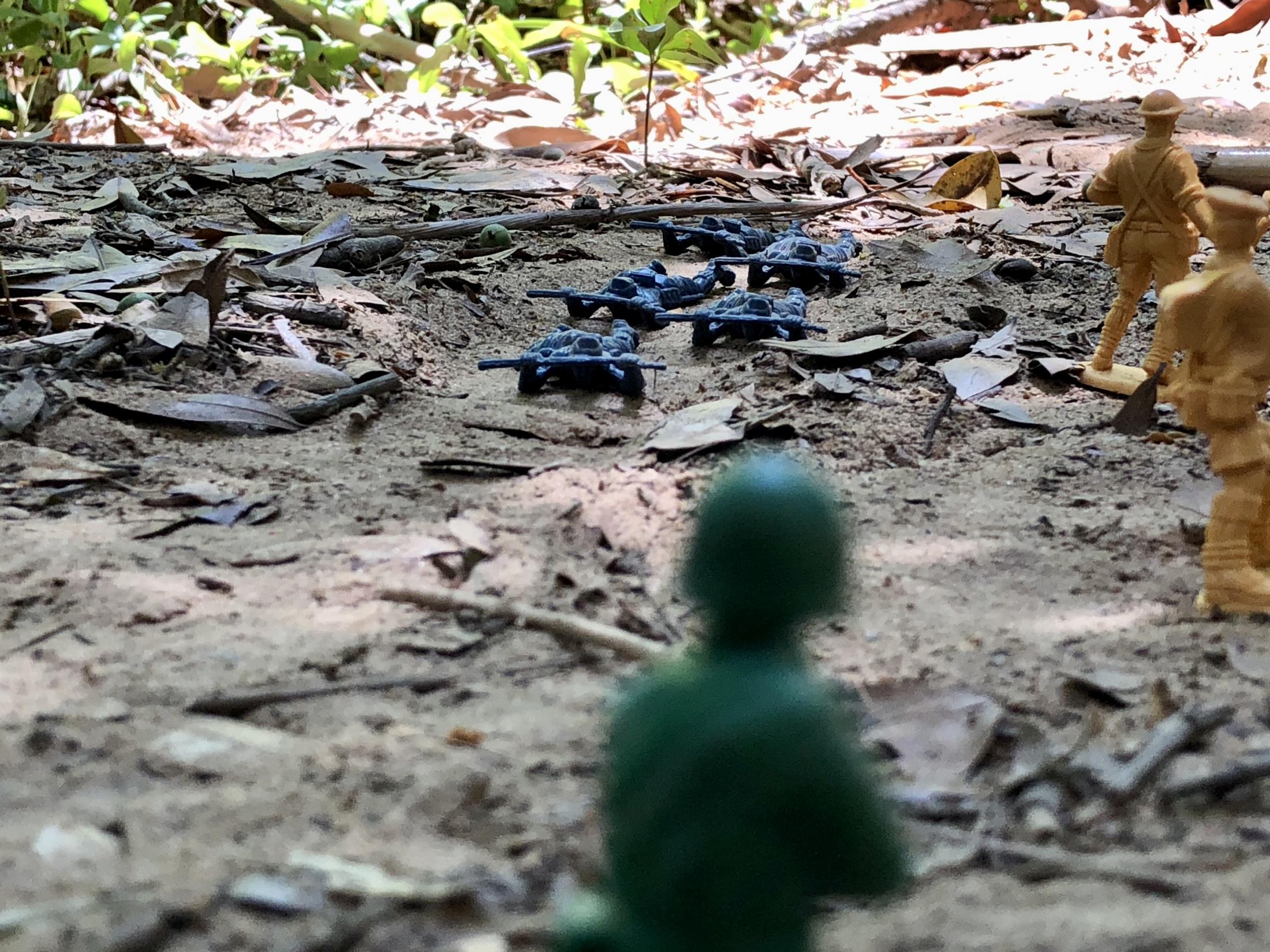 "I tried to take some of the photos from the perspective of what it might look like to be standing in a battle. Since my dad is in the Army, I think about being a soldier, too and try to picture what it would look like to protect our country."
-Ethan, age 12

"I see these photos as him trying to reconcile some conflicting ideas and impressions—the sometimes glamorized historical impression of war as this noble service in defense of one's country versus the hard truth of history the ugly realities of war. He's studied enough history to know that there are always two sides to conflicts and each one believes wholeheartedly that they are correct. It's not as simple as good guy versus bad guy. He lives in a world where loss and injury aren't hypotheticals—they are things that have happened to people he knows. Then, he sees his dad and has to try to reconcile this image of a soldier with the dad that makes pancakes on Saturday morning. As a mom, It's a little bittersweet to see him wrestle with these ideas."
-Jennifer Herbek, Ethan's mom

To Be At War